For our first match we headed out to Old Buckenham Hall

Mr. Lionel Robinson is Entertaining Wounded and Convalescent Australian Soldiers at his Home, Old Buckenham Hall, Norfolk, The Australasian (Vic.), Sat 15 Jan 1916, p. 56. Source: National Library of Australia http://nla.gov.au/nla.news-article142985607, where there is a cricket field and pitch second to none in England 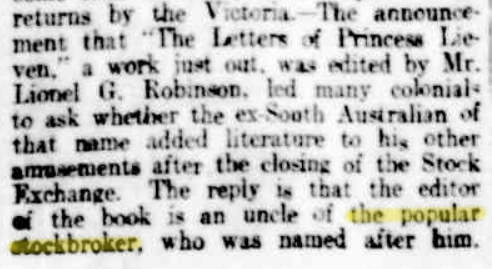 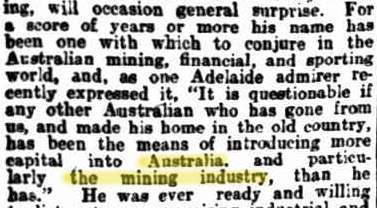 Mr. Lionel Robinson, The Richmond River Herald and Northern Districts Advertiser (NSW), Tue 10 May 1921, p. 1. http://nla.gov.au/nla.news-article126124664 those who did attend were well catered for

Unknown, The captain of the South Africa cricket team Herbie Taylor practising at the Kennington Oval in London, 29th April 1924, 1924, photograph, https://upload.wikimedia.org/wikipedia/commons/7/73/Herbie_Taylor_1924-04-29.jpg-who both turned out for 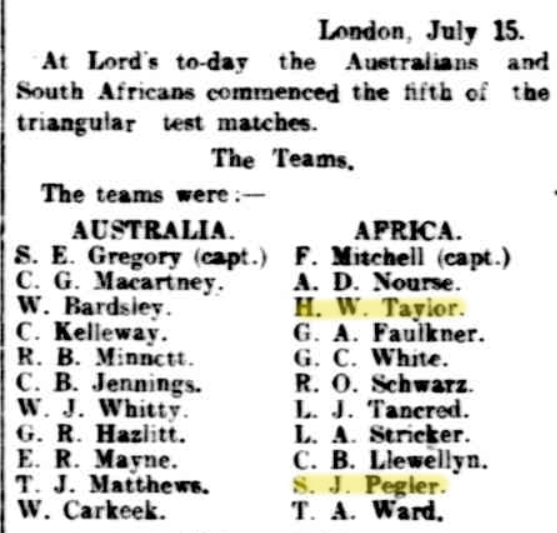 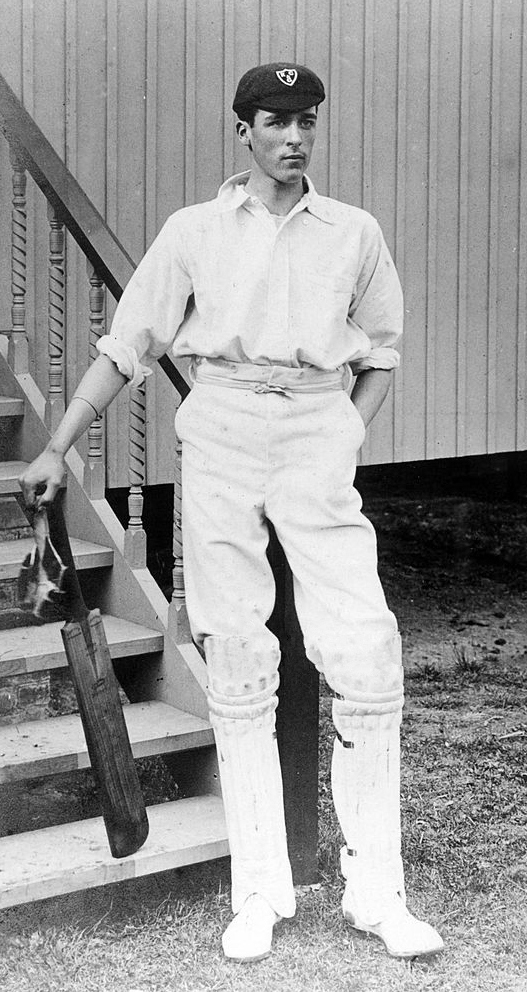 Unknown, Kent and England batsman Frank Woolley, circa 1906, c. 1906, photograph, https://upload.wikimedia.org/wikipedia/commons/0/04/Frank_Woolley_c1906.jpg, whom many of the older amongst you would have had the joy of seeing on their

Woolley’s Big Score, Glen Innes Examiner (NSW), Thu 1 Feb 1912, p. 6. http://nla.gov.au/nla.news-article180142462 of Australia before the war. The drawn game was entirely appropriate for the friendly atmosphere of the 12-aside game

The Australian Service Team, Yorkshire Post and Leeds Intelligencer (Yorkshire), Mon 19 May 1919, p.10. there is a reasonable prospect of the tour proving a success.

The Australian Service Team, Yorkshire Post and Leeds Intelligencer (Yorkshire), Mon 19 May 1919, p.10. The Australian fielding is smart and accurate and created a very favourable impression

Australian Tour, Sheffield Daily Telegraph (Yorkshire), Thu 15 May 1919, p.7.. The slips cordon is strong, the boys are picking them up smartly in the slips with

The Way of the World, The Sketch (London), Wed 21 May 1919, p.6.Garden–like our lads–an Aussie out raising the spirits

District News, The Muswellbrook Chronicle (NSW), Sat 2 Aug 1919, p.2. http://nla.gov.au/nla.news-article107567590 and Australian soldiers alike as we leave the war period behind us and get back to the settled times of peace

Major Courthope on the National Expenditure, Kent & Sussex Courier (Kent), Fri 21 Nov 1919, p.4.. We’re hoping for a chance to get in and see